Home » Knowledge Library » What are the population health implications of reduced access to care during the Covid-19 pandemic?

What are the population health implications of reduced access to care during the Covid-19 pandemic? 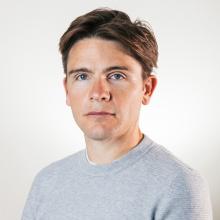 What are the population health implications of reduced access to care during the Covid-19 pandemic?

In the early part of the Covid-19 pandemic, healthcare providers were forced to focus their efforts on protection and response, resulting in a sudden and dramatic reduction in many existing services. In a newly-published report The Midlands Decision Support Network (MDSN) presents findings from an in-depth analysis of the effects of this care disruption on population health, and identifies which patients and health conditions should be the focus of future efforts in reducing inequalities caused by the pandemic. 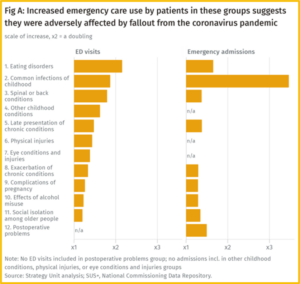 The initial outbreak of Covid-19 forced the NHS to postpone large volumes of planned treatment. Patient referrals from GPs also fell sharply as access to primary care reduced and patients and their GPs sought to balance the risks and benefits of referral. Previous studies on the impact of these changes have focused on specific conditions, such as diabetes, or certain groups of patients. However, the purpose of this project was to find the most affected groups from the whole population.

Midlands Decision Support Network Programme Director Simon Bourne said: “This report is the first in-depth exploration of the potential impact of missed care during the pandemic on health conditions across the board.

“Its findings cover a range of conditions, with particularly significant findings for groups including individuals with eating disorders.

“Local systems should use this work as the catalyst and foundation for further exploration – taking the signals we have identified, considering them in the context of local evidence and viewpoints and taking action to address the underlying factors that have increased use of emergency care in these groups.”

For some patients, the obvious consequence of such a ‘care gap’ will have been that their health deteriorated so much that they were forced to seek emergency care. To help understand which groups were most affected, the team carefully analysed population level changes in patterns of emergency department visits and unplanned admissions to hospital using national datasets. The primary analysis was based on a comparison of 19 weeks from 2021 (21 June to 31 October) with the same weeks in 2019, before COVID-19 had struck.

The analysis demonstrated marked changes in patterns of emergency care use for some conditions and groups of diagnoses. It is important to remember that many other factors could also have influenced the health of these groups. To help focus on changes that were less likely to be caused by another underlying factor, the team used statistical process control methods which are designed to study variability of performance over time, or between groups, and are powerful tools for population health surveillance and monitoring.

Ultimately, 12 groups were identified where increases in emergency care activity suggested that patients may have suffered because of missed care. They were:

Figure A shows the relative changes in emergency department visits and emergency admissions for the 12 groups.

The report makes several high-level recommendations as a prompt to stimulate further discussion. The response of individual health systems seeking to address factors behind the increased use of emergency care by patients in these groups will rightly be influenced by their own local context.

Want to know more or have something to add? Contact us here.